Along with desired positive effects, Magnyl may be detected with some unwanted side effects from minor to serious and life –threatening. The following are not all but some common side effects which should be considered by your doctor before allowing you to begin the treatment.

Magnyl injection may cause pain at the site of injection, swelling due to fluid retention, fatigue, depression, restlessness, irritability, and headache.

If there are side effect or concerns about your treatment, do not hesitate to contact your doctor for discussions.

The duration of a session is 21 days with normal dose for adults is 2000 – 5000 IU every five days. Magnyl can be applied in two ways: either subcutaneous or intramuscular injections.

Trying so hard to get your power back after a long time using steroids then stop? Magnyl is the best choice to go!

Magnyl is a medicine for Post Cycle Therapy use with the purpose of bringing the testosterone production back to normal state after being reduced by stop using androgenic-anabolic steroids. Human Chorionic Gonadotropin (HCG), a protein hormone, is the active ingredient of this medicinal product.

As HCG is a strong performance enhancing ingredient, men usually use Magnyl along with androgenic-anabolic steroids during or after the steroid cycles. This helps to maintain the normal production of testosterone and trigger the reduction of fat.

Bodybuilders and athletes use HCG to increase the level of testosterone. This protein hormone is necessary for health maintenance, muscle growth, and strength elevation.

Taking HCG can bring the following positive effects: Greatly stimulating the testosterone production. Effectively reducing body fat.
Elevating the development of mature spermatozoa. Enhancing sexual appetite. For men, HCG – the active ingredient of Magnyl – is also used to solve infertility issues by significantly growing the sperm quantity in the testis. Patients can use HCG alone or along with FSH to treat problems of delayed puberty, gonad under development, or sperm production issues. Sometimes, the HCG is administrated for boys having testicle descent.

Be the first to review “MAGNYL” Cancel reply 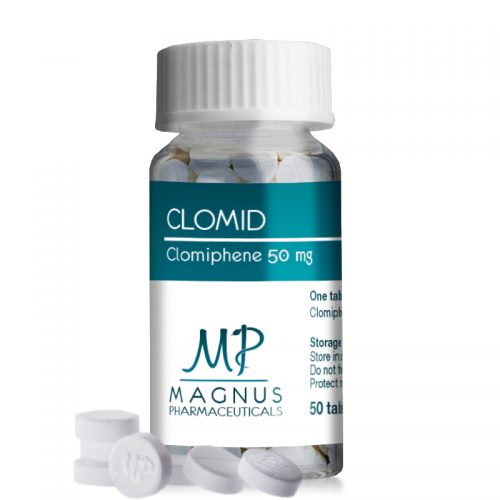